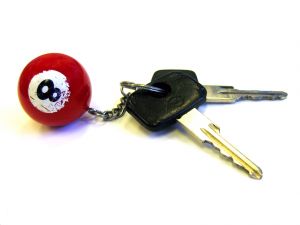 What happens next? Learn about the penalties you may face for driving without a license in Alberta, including tickets & fines, car seizure (impound), arrest & jail time.

The home of buzzing metropolitan centres in both Calgary and Edmonton, the beautiful Rocky Mountains near Banff and Jasper, and a major hub of global oilfield activity in the north.

And, well, safe, governed streets and roadways, too.

Driving With an Invalid License in Alberta

In Alberta, driving offences such as Driving with a Suspended License, Driving While Unauthorized and Driving While Prohibited – are serious offences that can lead to fines, an arrest, car seizure and possibly jail time.

Because safety of Alberta’s roads is governed by both the Criminal Code of Canada as well as the Government of Alberta, if you are found to be driving while suspended, unauthorized or prohibited, you may face a separate penalty or set of charges from each governing body.

While these penalties are typically served concurrently (at the same time), they can still very seriously affect your freedoms and life.

What types of fines or tickets could I face if I’m found to be driving without a license?

As we’ll find, a ticket and fine – no matter how hefty – may indeed be the least of your worries if you are found to be driving without a valid driver’s license in Alberta.

The maximum fine for driving without a license in Alberta is $2,000, but that amount can vary significantly.

When it comes to fines for this particular traffic offence, there are both mandatory fines – that means, they must be handed out – as well as additional fines that vary, depending on the circumstances around your charges and offence.

An experienced Traffic Defence Lawyer understands the ins and outs of traffic law, and how to best present your unique situation in a court of law.

Can my car be impounded if I am charged with driving without a license in Alberta?

If you are found to be Driving with a Suspended License, Driving While Unauthorized or Driving While Prohibited in Alberta, the vehicle you are driving will be seized and towed to an impound lot immediately.

The vehicle will then be held at the impound lot for 30 days, and all fees and expenses associated with the towing and storage of the vehicle will be your responsibility.

Can I face jail time for driving without a license in Alberta?

If you’ve been charged with driving without a license, you may indeed face a jail sentence of between 14 days to 6 months, depending on the conditions and circumstances around your charges.

As per Transport Alberta, “jail terms for this offence are common.”

For this reason, it’s incredibly important that you contact a traffic lawyer as soon as possible in order to effectively defend yourself.

Have you been caught driving without a license in Edmonton or elsewhere in Alberta?

With the right legal advice, you could avoid the maximum fines and jail time.

Brian McGlashan has over 25+ years of experience in defending traffic violations and other criminal law offences in Edmonton and throughout Alberta.