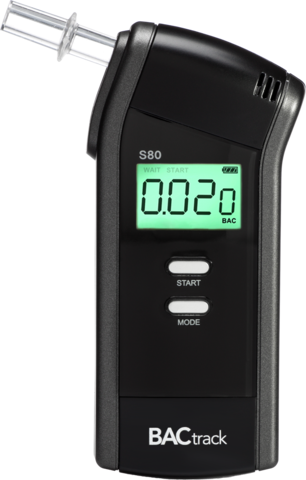 How Does a Roadside Screening Device Work?

There are a variety of Approved Screening Devices (ASD) used in Canada.  Common models include the Alco-Sur and the Alco-Sensor.  These devices are used by the police when you are pulled over for suspicion of driving with alcohol in your system.  The device measures your Blood Alcohol Concentration (BAC) from a breath sample. The machine is a small handheld device that will be carried from the officer’s vehicle to wherever you are to be tested, or more commonly the test is done in the back seat of the police car. As with all breath testing devices, the machine does not actually measure your blood alcohol directly, but instead estimates it indirectly by measuring the amount of alcohol on your breath.

The officer will ask you to breathe into the mouthpiece of the machine.  These ASDs are calibrated to produce a “fail” result if your BAC is at 100 mg in 100 mL of blood.  However, these results are only an investigative tool used by the police to establish Reasonable and Probable Grounds to believe that the detained individual is operating a motor vehicle with a BAC over the legal limit of 80 mg in 100 mL of blood.

If you “fail” the test, in most cases you will be arrested for Impaired Operation of a Motor Vehicle and you will be transported by the police to a different breath testing instrument which is used to measure your BAC in order to determine if it exceeds the legal limit.

In addition to providing Reasonable and Probable Grounds, roadside testing can also result in repercussions for your driver’s license, including at lower BAC levels than would result in Criminal Charges, as follows:

The Roadside Screening Devices can be wrong, with one possible error resulting from mouth alcohol. The machine was devised to test alveolar (deep lung) air, but sometimes measures mouth alcohol instead. This means that mouthwash or even a sip of wine may result in the machine reading incorrectly.

For more information on Roadside Screening Devices and impaired driving in Alberta, contact our offices now.

How does an Approved Instrument such as a Breathalyzer or Intoxilyzer work?

If you are detained for Impaired Operation of a motor vehicle, and if the police form Reasonable and Probable Grounds to believe you have committed an Impaired Driving related offence, they will likely demand that you provide a sample of your breath for analysis to determine the actual concentration of alcohol in your blood.   They may form their Reasonable and Probable Grounds by utilizing a Roadside Screening Device or they may form those grounds based on their own observations and other evidence available to them.

Following a demand to provide samples the detainee is transported to an approved breath testing instrument (Approved Instrument).  These approved instruments were called Breathalyzers for many years but today the device would likely be an Intoxilyzer, or any of several other approved instruments.

These instruments are kept at the police detachment or, in the case of a Checkstop operation, they are sometimes in a mobile breath testing vehicle.

Unlike a Roadside Screening Device, or ASD, these devices are designed to give an accurate reading of one’s Blood Alcohol Concentration (BAC).  The detainee provides two separate breath samples, generally approximately twenty minutes apart.  The lower of these two readings, assuming other procedural safeguards are met, will be the BAC.  If this number exceeds 80 mg of alcohol in 100 mL of blood, the subject will likely be charged with “over 80” or “over .08” or more accurately operating (or having care or control) of a motor vehicle with a blood alcohol concentration in excess of the legal limit.

The Approved Instruments can be wrong.  There are many procedural safeguards in place to ensure accurate readings.  If these safeguards are met, the resulting readings will be presumed accurate in most cases.  One possible error would be the presence of mouth alcohol.

In addition to the procedural safeguards surrounding the testing itself, there are also important Constitutional issues surrounding breath testing including the Right to Counsel and protections against unreasonable Search or Seizure.

For more information about breath testing by an Approved Instrument and Impaired Driving in Alberta, contact our offices now.